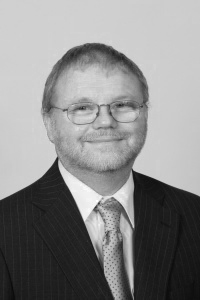 Professor Jon Gluyas is a geoscientist with 28 industrial and 8 years academic experience. Jon has worked around the world both while in industry and more recently while in academia. He began his career with BP Exploration in Aberdeen following a degree in Geology from Sheffield University and a PhD in geochemistry from Liverpool University. During Jon’s time with BP he worked in both research and petroleum production with postings in the UK, China, Norway and Venezuela. Jon then moved to the independent sector first with Monument Oil and gas and subsequently with Lasmo plc. He was variously Production Geoscience Manager and Exploration manager for Europe, working in London, Trinidad, Tehran and Oslo.

On moving to academia Jon developed his interests in research in geoenergy, carbon capture and storage and the impact of fluid extraction and injection on induced seismicity and surface elevation. Jon has published widely including a text book, several memoir and around 100 peer reviewed papers.